16 towns to discover in the Sancy massif

Besse, historical city
Super-Besse is an open-air leisure park where the whole family can enjoy a multitude of activities
This commune combines different styles: thus, the medieval and Renaissance village of Besse is only a short distance away from the winter and summer resorts of Super-Besse or Lake Pavin (a must). From Lake Pavin, a beautiful hike to Puy Montchal and the sublime point of the lake.

To be seen: the medieval and Renaissance architecture of Besse (fountains, cobbled streets lined with shops, buildings made of lava stone…) the Lake Pavin, the waterfalls of Vaucoux, Chiloza and the giants’ potholes, the source of the Gayon fountain, the Puy de la Perdrix (superb panorama) the Vassivière chapel, the medieval garden

Tourist centre on the edge of Lake Chambon and at the foot of the Chaudefour valley
With its lake, the Chaudefour Nature Reserve, Chambon-sur-Lac combines the pleasures of water and the leisure activities of the mountains: hiking, mountain biking, swimming, canoeing, pedal boats…

To see: the lake Chambon, the national natural reserve of Chaudefour (the dykes: Dent de la rancune and Crête de Coq, the source St Anne, the protected flora and fauna), the Dent du Marais (legend of the jump of the virgin) the baptistery, the Church.

Authentic village and Chastreix Sancy resort at the gateway to the nature reserve
Located on the western slopes of the Sancy, Chastreix is rounded around its Gothic church, surrounded by the pastures of Mont Dore.
The village offers you the opportunity to discover its livestock farming, the commented production of Saint-Nectaire cheese as well as its National Nature Reserve of Chastreix…
Hiking or horseback riding, with discovery of the salt fountain site. In winter, these activities are replaced by cross-country and downhill skiing.

To see: the Gothic Church of the XIIIth century, the national natural reserve of Chastreix Sancy and its imposing landscapes, the Roc de Courlande and the 3 virgins (place of pilgrimage) the crests of Sancy, the waterfall of Essarts.

Village on the borders of the Massif du Sancy and the Cézallier. The landscape is shaped by vast basalt plateaus dotted with lakes and peat bogs. The commune also has a site with an exceptional landscape panorama: the Hameau de Brion. This site owes its fame to its fairground which groups together several burons and which, since the 17th century, has been the site of ancestral cattle fairs.

To see: the agricultural fairs of Brion, the lake of Montcineyre, the natural reserve of the lake of Bordes, the classified church of the XIIth century

Village “between the waters” has no less than 5 lakes on its territory, with the 2 nearby waterfalls, it offers a great natural wealth that awaits you in this preserved countryside. Many hiking trails. In winter, 40 km of cross-country ski trails are maintained on this territory. The village, grouped around the Romanesque church, offers a beautiful unity of slate and slate roofs. The Saint-Nectaire cheese is the subject of an exhibition at the Maison des Fromages, housed in an old farmhouse.

To see: the Church of St Austremoine and the sanctuary of the Holy Fountain, the lakes of Esclauze, Landie, Entraigues and Bois de Chaux, the house of Auvergne cheeses.

Small mountain village, crossed by the GR30 allowing hikers to connect the Cantal mountains to the Massif du Sancy. Offering superb landscapes, this village is a recommended stop for lovers of wide open spaces.

To see: the waterfall of the Mill in the village.

Surprising station along the Dordogne
Thermal and climatic resort, located at 850m of altitude.
On the banks of the Dordogne. It has a superb Fenestre park (many games for children). Beautiful walks on the plateau of Charlanne (1050m)

To see: the belle époque architecture (many palaces, majestic buildings) the Fenestre Park (12ha landscape park: many activities for children, lunch area…) the Roche des Fées (panorama on the resort) the Roche Vendeix, the Charlannes plateau (hiking trails) the Dordogne river spanned by 12 bridges, the church….

To see: the rural heritage of the surroundings, the puy of Bessol for its panorama on the Massif of Sancy.

Agricultural village in the heart of the pastures. This village welcomes nature lovers in a setting of greenery, pastures and mountain pastures that will give you a change of scenery.

To see: the superb landscapes with a wild character.

– Montpeyroux (30 kms)
Dominated by its 30m high keep, Montpeyroux is a picturesque little medieval village.
Originally “mons petrosus”, this village owes its name of stony mountain to its arkose characteristics. In the labyrinth of narrow streets, winegrowers’ houses and middle-class houses bear witness to its rich winegrowing past.

– Saint Floret (20kms)
Protected by the keep of a 12th and 14th century fortified castle, the village stretches out against the backdrop of a narrow valley bordered by steep granite rocks. The walls of the gothic hall of the old castle illustrate episodes from the novel of Tristan and Yseult. On the right bank of the couze Pavin, you must visit the site of Chastel, with its beautiful half-Romanesque, half-Gothic church and the enigmatic medieval cemetery.

– Saint-Saturnin (30kms)
About 20 km south of Clermont-Ferrand, between the Monne gorges and the Veyre Valley, Saint-Saturnin is one of the five major Romanesque churches in Auvergne and an imposing castle. Alongside the “high” heritage, there are washhouses, beautiful country houses and Renaissance fountains.

– Usson 60 kms
Perched on its volcanic site, Usson was the city of exile of Queen Margot for nearly 20 years. A path leads to the basaltic organs of the village and to the top of the peak. From up there, an exceptional 360° panorama on the Dômes chain, the Sancy Massif, the Cézallier, the Cantal and Livradois-Forez mountains.

Large mountain village, touristic in summer as well as in winter Renowned for its thermal spa (the Grands thermes du Mont Dore)
(asthma, respiratory tract and rheumatism) but also for its ski resort or the climb to the Puy de Sancy (1885m).

To be seen: The Puy de Sancy (highest bridge in the Massif Central, cable car access), the Pic du Cappucin (hiking trails, funicular access classified as a historical monument), the Grande Cascade, the Queureuilh and Rossignolet waterfalls, the Guéry lake, the Belle Epoque architecture, the thermal baths (partly classified as a historical monument), the church, the Dordogne springs (classified as a biosphere reserve by UNESCO in July 2012), the town centre with its many shops and pedestrian streets.

Mountain village with a rural memory
Authentic mountain village, inviting to stroll around, with its houses with lauze roofs.
The Toinette House and Julien’s Barn, the Daffodil Farmers’ Market and the panorama of the old castle.
The Banne d’Ordanche site offers a panoramic view (orientation table).

Medieval village in Auvergne, between castle and lake
Charming historical village, at the foot of the ancient volcano of Tartaret, is characterized by its lively medieval castle, its school of painting and its hundred-year-old park.> Outings on foot, horseback or mountain bike will lead you to the farms of Beaune for the traditional tasting of Saint Nectaire.

To see: The 12th century castle (classified as a historical monument), the Chambon lake, the Pré-long park, the church, the natural caves at Beaune le Froid, the Tartaret volcano.

Escape to nature” 1st European gentian village, between Sancy and Artense
Located on the southern flank of the Massif du Sancy, this mountain commune (1000m/1721m) offers many activities in a peaceful natural setting of forests and lakes.
In summer: hiking, mountain biking, and fishing.
In winter: cross-country skiing

To see: the Chauvet lake, the peat bog and the Gayme lake, the Barthe waterfall, the Romanesque church, the orientation table (view on the Cantal mountains).

Agricultural village
Saint Diéry is a small perched village located on the foothills of the Sancy massif, offering beautiful views of the massif. The signposted walks will take you along the couze Pavin and the ferruginous springs that gush out on its banks, but also towards the superb fairy chimney. Don’t miss the church, the castle and the old restored mill.

To see: the chimney of Fées (natural curiosity due to the erosion), the couze Pavin (brook renowned for the trout fishing), the ferruginous source of the Bridge of the Goat, the Church of St Diéry le Haut (restored in the original style).

Labelled as a remarkable site of taste.
There are in fact 2 localities that exist under the name of Saint-Nectaire, the one gathered around its Romanesque church on the Mont Cornadore (St nectaire le Haut) and the one situated lower down around the thermal springs (St Nectaire le bas). During your stay you will be able to practice nature activities: hiking, tree climbing, orienteering, hot air balloon flights… and take advantage of numerous sites and discoveries: petrification, educational farms, caves, crafts, monuments… and many other curiosities will complete your thirst for discovery of this territory.

To see: the Romanesque church (one of the five major ones in Auvergne), the waterfall of Saillant, the Caves of Châteauneuf (troglodyte dwellings), menhirs and dolmens, the salt marsh.

Ancient troglodyte site
Ancient troglodyte site whose heyday dates back to the Middle Ages. This village is located at the entrance of the Auvergne Volcanoes Natural Park.
Crossed by the Couze Pavin (a small mountain stream renowned for its trout fishing), it offers peace and quiet to its visitors.

– Clermont-Ferrand classified as a city of Art and History
To the west Clermont is overlooked by a basaltic (900m) volcanic plateau on which lies the Chaîne des Puys, the largest chain of (dormant) volcanoes in Europe, among which stands the most famous, LE PUY DE DOME. To the north of the town lies the fertile plain of the Limagne, bathed by the Allier.
Clermont-Ferrand is the crossroads of the A71, A75 and A89 motorways.
Through tours, exhibitions or shows, there are many opportunities to discover its heritage.
The must-sees: the cathedral – the Notre Dame du Port basilica – the Place Jaude – Montferrand, the Jardin Lecoq – the Parc Montjuzet – the museums : Le Coq – the Michelin adventure, the statue of Vercingetorix…
Around : the Puy de Dôme – Vulcania – The Gergovie plateau…

– Issoire
(classified most beautiful detours of France)
Issoire developed around the Saint-Austremoine abbey, a masterpiece of Romanesque art from the 12th century. The town also has a group of private mansions from the 15th to 18th centuries around the Place de la République. The whole is topped by the Clock Tower, called Belfry. (today, a place not to be missed) offering exhibitions and a panoramic view of the town and the landscapes of the Val d’Allier, the Livradois and the Massif du Sancy. 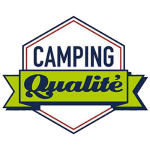 By continuing your navigation on this site, you accept the use of cookies.